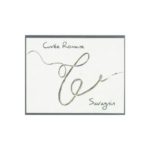 Eric and Bérengère Thill live in the village of Trenal, close to the commune of Gevingey where their vines are planted. They settled in Jura a decade ago seeking opportunities to grow and make wine that were unatainble to them in Eric’s native Alsace. The pair began making wine in 2009 with just 2.8ha of grapes (their holdings have since grown to 7ha) which have been farmed organically since they were planted. They tend to traditional Jura varieties including Chardonnay (3.25ha), Savagnin (1ha), Pinot Noir (.34ha) and Pinot Noir (.7ha) on a variety of different soil types from Bajocien limestone to the fabled grey, red and blue marl. Through the vineyards that Eric and Bérengère work with have always been farmed organically, they received their formal certification (Ecocert) in 2009.