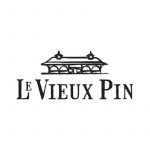 Named for the solitary majestic old growth pine of their Oliver estate, Le Vieux Pin sits perched amidst the famed vineyards of the Black Sage Bench: Canada’s sole pocket desert, located in the South of British Columbia’s Okanagan Valley. Since releasing their first vintage in 2005, Le Vieux Pin has captured the essence of traditional French winemaking, along with the bold New World character distinct to the region. Considered by the national wine industry to be a leading Syrah producer, the winery uses low input viticulture and non-interventionist winemaking to make exclusive vintages that carry with them a sense of time and place. These fine wines can be savoured nationwide and internationally, at select culinary hot spots, gastronomical institutions and fine wine merchants. The pine tree stands alone. 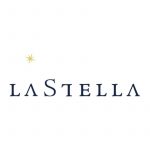 Created to capture the vision of la dolce vita – paying homage to the Italian ways – LaStella boldly stepped into the spotlight in 2006. Just as a symphony has its tempo, so do the musically inspired LaStella wines: Leggiero, Vivace, Allegretto, Fortissimo, and Maestoso. Situated by Osoyoos Lake in the South Okanagan Valley, at the northernmost tip of the Sonoran desert, LaStella’s commitment to winemaking excellence is its driving force. Low input viticulture and non-interventionist winemaking philosophy is what has lead to their rise and sought-after following.